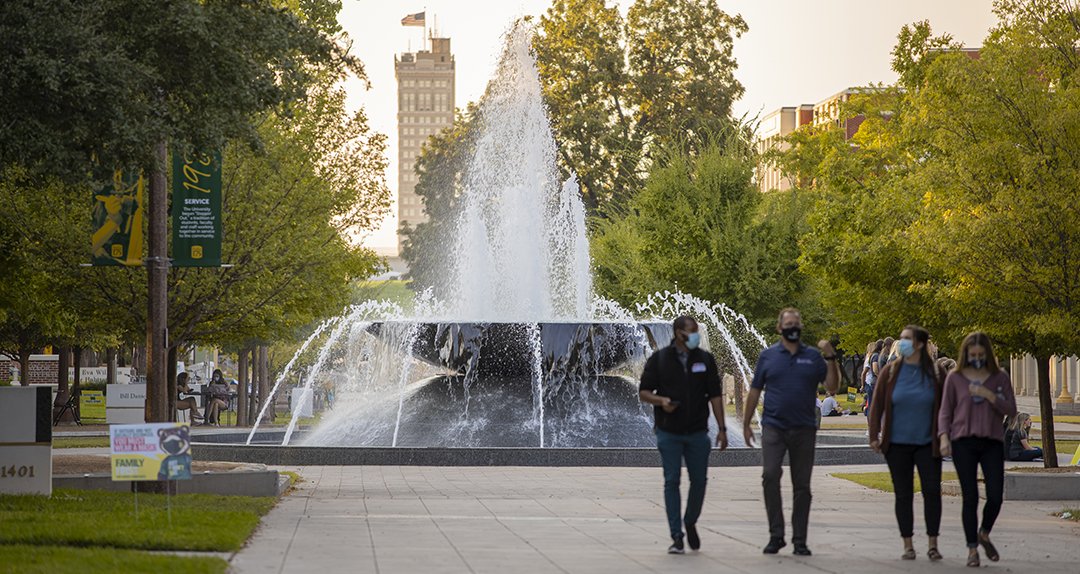 Dean Lyon’s opening essay described a sea change in Baylor’s graduate enrollment, a transformation in both size and make-up of our graduate student body.  Graduate students make up a larger proportion of Baylor’s overall student body.  They are more diverse and more likely to earn their degrees online.  Those on campus increasingly represent the sciences.  In some ways, these changes were part of national trends that saw more students pursuing graduate degrees, a rapid expansion of online programs, and continued growth in STEM and professional fields along with sustained declines in the humanities.  Baylor has been affected by and in some cases has benefited from these trends. Yet in many other ways, the sea change here has been more dramatic.  While clearly influenced by broader currents within graduate education, our changes are more directly the result of an intentional, strategic course we have charted to ensure Baylor’s future health and expand our influence by preparing graduates with the knowledge, skills, and commitments society needs—flinging our green and gold afar.

How does Baylor’s transformation compare to other universities?  A recent report from the Council of Graduate Schools (CGS)—an organization representing over 500 universities—gives some clues.  The CGS analyzed graduate admissions, enrollment, and graduation data between 2010 and 2020 that showed overall and accelerating increases in many fields.

Nationally, the number of people applying to graduate school has grown at an annual average rate of 2.5%, with R1 institutions seeing slightly larger increases in applications at 2.6% and R2 institutions (until this month, like Baylor) seeing just over half that at 1.5%.  As Baylor has experienced, at the national level applications have grown more quickly in STEM disciplines, especially in Mathematics and Computer Sciences (5.1%), Health Sciences (3.7%), and Biological Sciences (3.4%). The Arts and Humanities received a notable annual decrease in applications (-2.1%).  The number of students entering graduate school has also increased during this time, though at a slower rate than applications.  Slower still was the growth of overall enrollment, with even a slight decrease among R2 universities.  Thus, in some sense, Baylor’s growth is part of a broader trend.  Yet as shown in the graph below, Baylor progress in each of these areas stands out, with more than triple the increase compared to the national averages.  The only area that appears somewhat normative is in degrees awarded.[1] 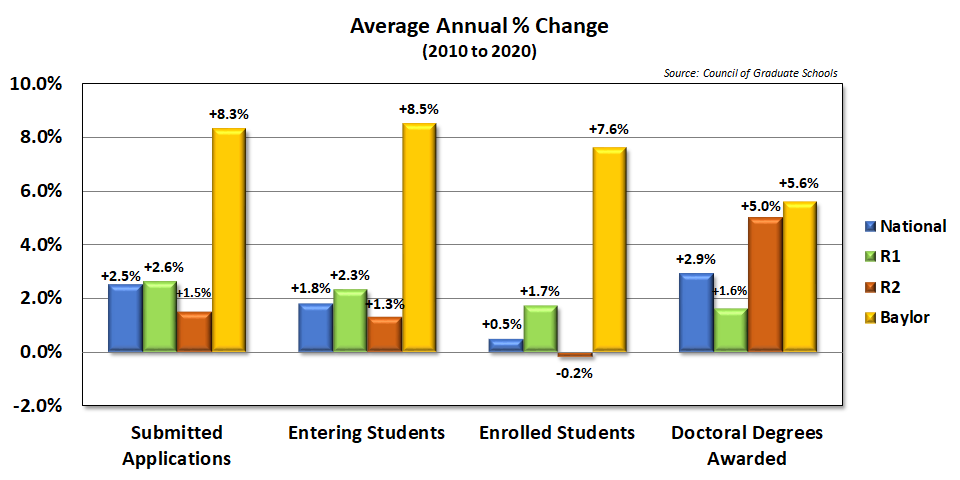 The most dramatic changes both nationally and at Baylor came at the end of the decade, coinciding with the start of the COVID-19 pandemic.  There were more significant increases in applications with more moderate growth in matriculation and enrollment.  Significantly and understandably, there was a decline in doctoral graduation rates.  And yet as seen in the graph below, again Baylor’s growth in each of these areas is remarkable. 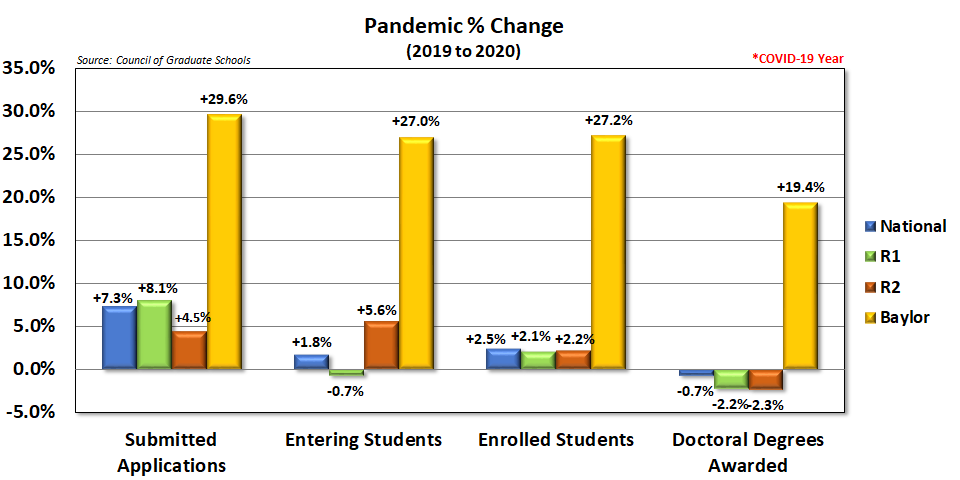 Looking specifically at doctoral programs, we again see a dramatic comparison.  While the national number of incoming students fell, Baylor’s grew by more than 50%.  Baylor also became more diverse.  We increased by two-thirds the population of Black students and increased by a fifth the population of Latinx students. Nationally, the number of entering female doctoral students saw minor increases of 1.2%. Yet Baylor’s entering female population grew significantly in research and non-research programs.

Especially important was the growth in doctoral graduates, an accomplishment even more impressive when the national rate of decline is considered.

This is the sea change we have experienced: a rapid increase in applications and enrollment; unprecedented growth in racial and gender diversity; seemingly unparalleled surge in doctoral graduates.  These changes have been not only transformational for Baylor; they may also be unique among peer and aspirant universities.

[1]Unfortunately, the CGS report does not distinguish between professional and research doctorates.